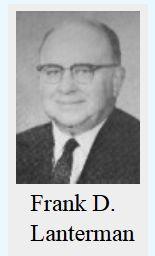 In California, as in other states, large institutions dominated the service system for people with developmental disabilities through the first half of the 20th century.  Public-funded community services were limited, and out-of-home care in large public and private institutions was typically the only service option available.

The growth of large institutions actually increased across the United States between the 1920’s and 1940’s as a result of social, political and economic views and policies of the time, in particular the eugenics movement.  Eugenicists promoted the idea that the world’s social problems could be eliminated by using selective breeding to remove “undesirable genes” from the human gene pool.  To accomplish this, eugenicists recommended that people they considered to be “unfit”, including those with mental and developmental disabilities, be sterilized or segregated from the rest of society in order to deny them the ability to reproduce.

Many health-care professionals and public-policy makers in the United States were influenced by and supported these ideas.  Even after the concepts of eugenics fell into disrepute following World War II, they continued to impact public policies and the lives of people with disabilities for another twenty years through the ongoing practice of involuntary sterilization, and the use of institutionalization as a means of isolating people with disabilities.

In the 1950’s, families of children with mental retardation began to organize and create their own community support and service systems as an alternative in institutional care.  Parent-run organizations such as Aid for Retarded Citizens in San Francisco and Exceptional Children’s Foundation in Los Angeles, established private schools, activity centers and sheltered workshops for their sons and daughters with mental retardation who were denied access to public education and vocational services.

This prompted the Legislature to seek an alternative.  In 1966, funds were appropriated to establish two pilot regional centers, one in northern and one in southern California.  The primary focus of the centers was to provide community-based services to support individuals who were in danger of being placed in state hospitals.  Assemblyman Frank D. Lanterman co-authored the legislation for the pilot project.  During their first year of operation, the pilot centers served 559 persons.

In 1973, the Lanterman Mental Retardation Act was expanded to include people with cerebral palsy, epilepsy and autism, and other conditions closely related to mental retardation.  In 1976, the legislation was renamed the Lanterman Developmental Disabilities Services Act (a.k.a the Lanterman Act) and amended to establish the right to treatment and habilitation services and individualized program planning. In 2014, the law changed “mental retardation” to intellectual disability.

By the mid-1980’s, the availability of community-based services was not only helping people to successfully live in their home communities, but also assisting hundreds of individuals to move out of state hospitals (renamed state developmental centers in 1978).  In 1985, there were only 7,100 people residing in state developmental centers, while over 78,000 individuals were receiving community-based services through the regional center system.

In 1992, Senate Bill 1383 updated the philosophy of the Lanterman Act and expanded the range of available services and supports.  The new philosophy embraced the concept of “empowerment”, establishing person-centered planning and giving individuals and their families more choice and authority to make decisions about their own lives.

By the turn of the century, a major shift in California’s developmental services system was evident.  In 2001, only 3,800 people were still residing in state developmental centers, while over 163,000 individuals and families were receiving community-based services.

Today, the service system continues to focus on providing services and supports through community-based providers and continues the goal of reducing the number of people residing in state developmental centers; as of February 2015 only 1,147 people were still residing in state developmental centers and about 287,000 individuals and families were receiving community-based services coordinated through the regional center system envisioned by Assemblyman Frank Lanterman.