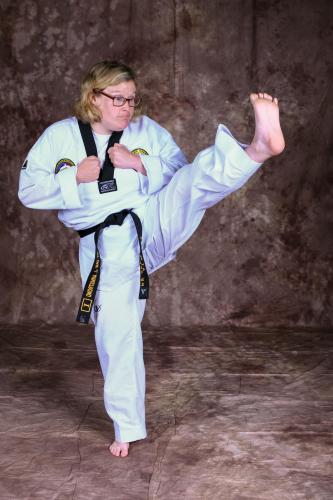 Jackie strongly believes that education has power and she enforces this belief by acting as a teacher for individuals with developmental disabilities. She is eloquent, extroverted, knowledgeable and intent on living her life as “neurotypically” as possible with a diagnosis of autism. She has been successful in her pursuit of her goals, and boasts a very full life attributed to her determination and through the supports and services she receives from Alta California Regional Center (ACRC).

Jackie is employed by Sacramento Municipal Utilities District (SMUD) as an Office Specialist in the Power Generation Department. She learned of the opportunity from Progressive Employment Concepts (PEC), an agency, funded through ACRC, that connects individuals with developmental disabilities and employers. Originally, Jackie started her position through a Paid Internship Program (PIP), a program funded by ACRC that paid her wages while she gained work experience. Through her work ethic and infectious positive personality, SMUD created a position for her and she has been an employee since 2017. “I wanted to teach people they can work, even if some agencies are telling them they can’t.” She became the real-life example for others that working is possible, even with a disability.

Jackie attended the 2019 Supported Life Conference, teaching a session on Home and Community Based Services. She also started a People First Group to help others speak up for themselves and know their rights and responsibilities. “A lot of people don’t know what is out there. I like to be a resource for what is out there. I would rather be a teacher for them so they can be a self-advocate for themselves.”

Professionally, Jackie wants to continue her employment with SMUD, and also speak publicly to teach others how to be self-advocates. Currently, she volunteers for Touch of Understanding, a group that promotes disability awareness to teach neurotypical children about people with disabilities and what tools they use to maneuver through life (e.g. wheelchairs). She also serves on the Board of Directors for Alta California Regional Center.

Jackie has a first-degree black belt in Tae-kwon-do and regularly takes classes at Studio Martial Arts and Fitness. Her confidence level has skyrocketed because of how the studio readily accepted her as a part of the group. “I had this fear that if I was exposed to people without disabilities, they would make fun of me. The studio loved me!”

Jackie attributes her newfound confidence to receiving the right supports, her role at SMUD, and her martial arts. “I feel really included. This is what it looks like when you have really good supports in place.”