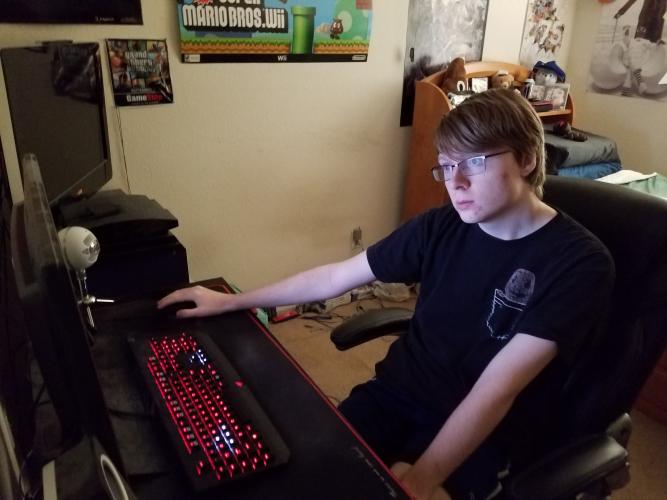 Jack is a young man with ASD who celebrated his 16th birthday in September. He is very talented with computers and computer gaming, and became interested in building one himself.  Through the process, he practiced comparison shopping by researching the costs of individual parts and recording them into an Excel spreadsheet; both full price and sale prices so he could predict what the total cost would be.  He wanted to get the best deals out there!  Once he had all the parts he needed, he built his computer all by himself.

Jack is home-schooled and has had the opportunity to learn about geography in a creative way.  By using his computer, he has connected with and made friends with people from all over the world!