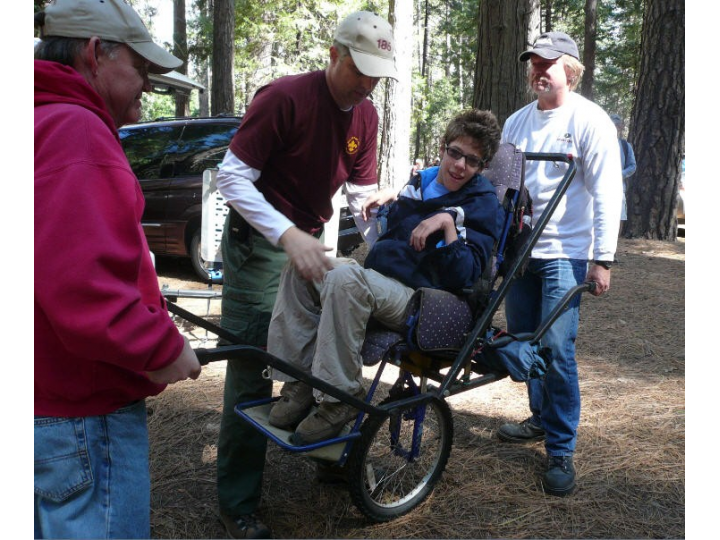 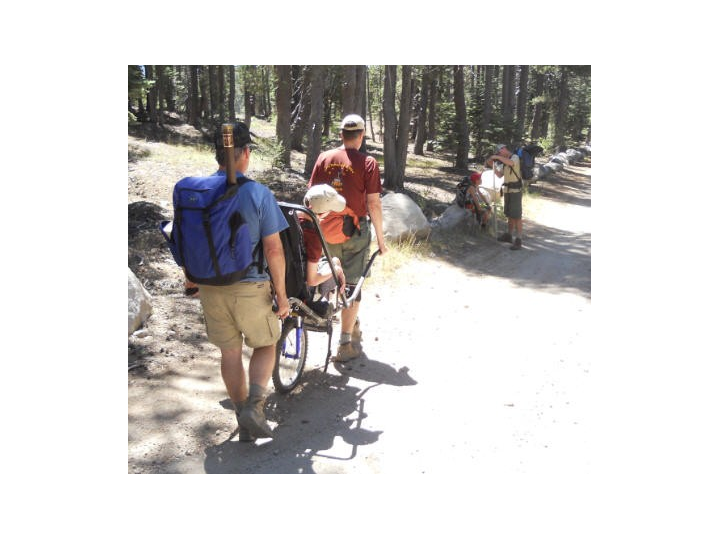 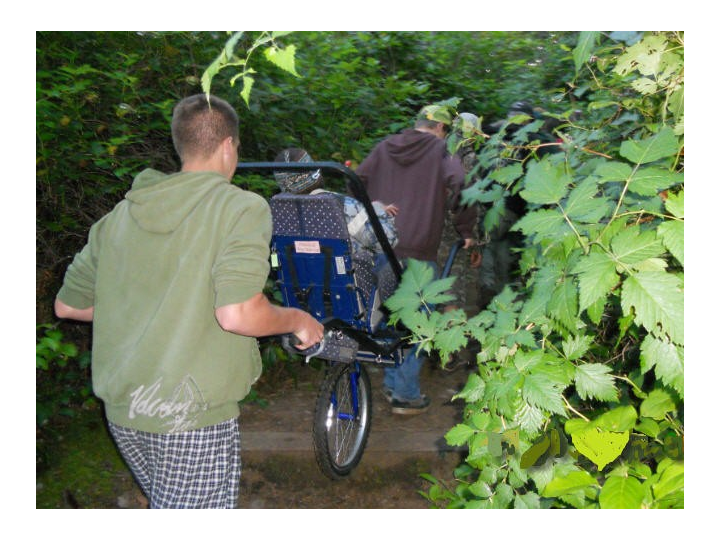 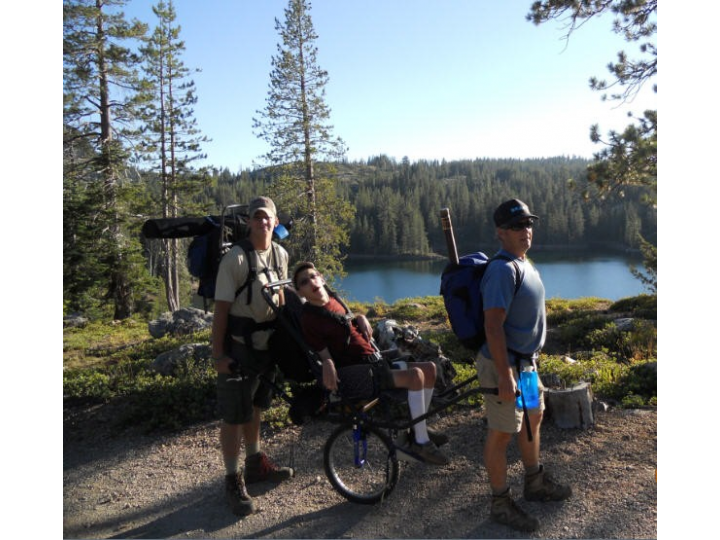 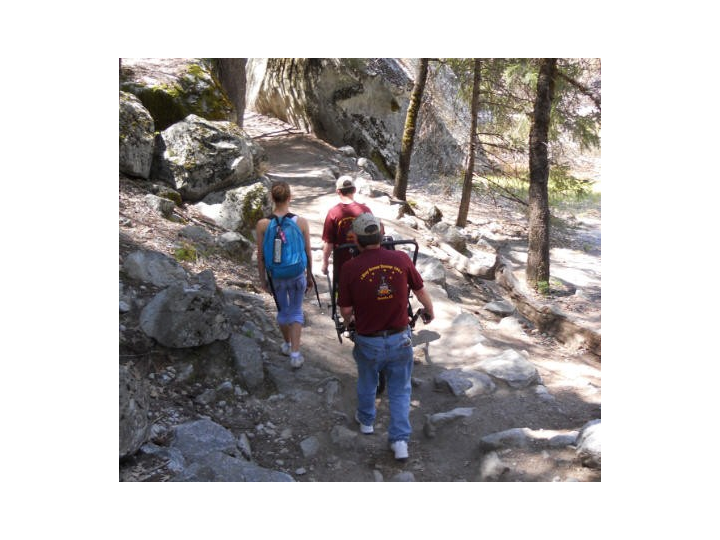 Scouting has always been a part of Jon’s life.  His mom, Kitty, was the leader for his older sister Amanda’s Girl Scout troop so he was always present when the meetings were held at their home. One day when he was young, he decided he’d had enough of the girl stuff and asked, “Mom, can we have a Girl Scout troop, but with ALL BOYS?”  He was happy to learn there was such a thing as Boy Scouts!

Deprived of oxygen at birth, Jon was born with Cerebral Palsy and twin to a typically developing sister named Emily.  His family was referred to the Early Start program and began receiving early intervention services as an infant.  Today at age 16, Jon uses a wheelchair, attends school, continues to receive services from Alta California Regional Center, and is still involved in Boy Scouts.

Involved since kindergarten, his dad, George, wondered if camping, a monthly experience for the troop, would work out for Jon as he grew older.  The first trip the troop took after Jon joined, the family thought it would be best to sit it out and maybe go camping themselves at a later date.  When pictures were shared, Jon chose not to view them, asking instead, to wait until after he and his dad had gone camping…which unfortunately was some time in the future.

That was the spark that gave Assistant Scout Master, Dave, the idea to figure out a way for Jon to join the troop camping.  Dave is an avid hunter and he thought about how deer are transported from the forest and looked to his deer cart for inspiration.  Working with his brother-in-law, an engineer, experimenting with the seat from an old adaptive stroller of Jon’s, the deer cart and the brakes from a BMX bike, the first prototype was developed.  After a few adjustments and redesigns, the AWESOME-mobile was born!

When asked how he feels when he’s hiking in it with the rest of his Boy Scout troop, Jon says “There is no feeling like it!” The single wheeled vehicle, guided by a Scout in front and back, and depending on the terrain, others on either side, has allowed Jon to be more social and integrated with the other boys in his troop.

He’s gone camping in Yosemite and other Northern California sites, up to Oregon and out to the coast. The versatility of the AWESOME-mobile allows Jon to access all terrains.  He’s crossed downed trees, washed out trails, boulders; any trail that one can hike on, he can get there in it.  In fact on one trip, a Park Ranger stopped to comment that he was the first person with a disability to hike so far into the wilderness!

By sharing their story, Jon’s family hopes to inspire others with Cerebral Palsy (CP) or other diagnoses to explore what’s possible when things seem impossible.  Jon would never, ever have been able to go camping to the places he’s been without the inspiration of others and support from those around them.

The AWESOME-mobile has its own Facebook page! To read more about Jon and his hiking adventures, check it out by clicking on the link:

To see a video clip of Jon hiking at Lake Margaret, click the link to view a YouTube video: