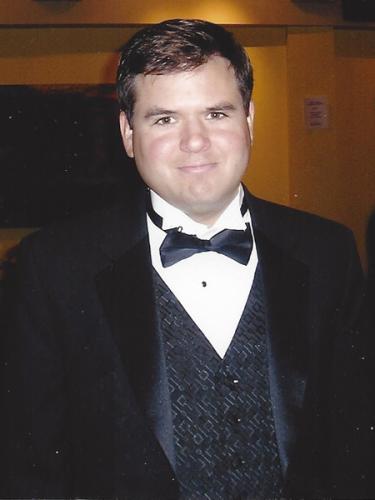 Need a singer for an event you’re holding?  Michael may be your man!  Michael was diagnosed with autism about the time he was entering school and discovered early on that he could hear music better than words.  He didn’t talk much but loved to play musical instruments like the violin, drums, song flute, trumpet, keyboard and piano.

Michael’s family would dance and sing with him and he and his sister, Pagette, would listen to records, then later to tapes and CD’s; he was happiest when there was music playing.

When Michael was a teenager, he decided to become an entertainer and started working with a mentor and voice coach who helped him participate in voice classes.  He became a baritone vocalist and sings all types of music: opera, popular, classical, religious and children’s songs.  It’s become his life!!

Michael has performed in operas, at fundraisers, weddings, conventions, family reunions, retirement homes and school assemblies before moving to Sacramento; since then, he has sung at the State Capitol, Special Olympics events and concerts at Cosumnes River College.

He wants to inspire people with what he has accomplished saying “Words don’t come easy… but music has become my language.”

Check out his website where you can hear him sing the Star Spangled Banner!