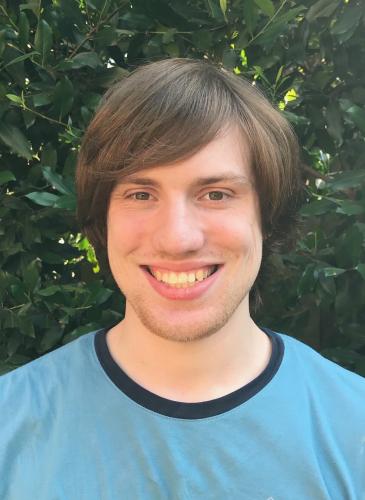 Collin is a fun-loving, charismatic person with a beaming smile. He is also an artist and animator, creating content that is wholesome, educational, and entertaining. His goal in life is to help make the world a brighter and more positive place with animation videos he posts on his YouTube Channel. He created his channel in early 2012 and has grown his audience to over 22,000 subscribers. His dedication to animation is proven by his continued desire to learn more about the technique of animating and to apply his creative ability to his work.

As a child, Collin was always artistic. His mother hyperbolically described Collin as someone who came out of the womb drawing. Cartoons were a huge source of inspiration for him, and he worked to create his own version of characters. Realizing his talent, Collin’s mother would leave paper and pencils throughout the household so whenever he felt the desire to draw, it was easily accessible to him.

YouTube provided Collin with the inspiration he needed; he saw other content creators having fun and expressing themselves on camera and it showed him that he wanted to do the same thing. When Collin began posting his videos on YouTube, he started with green-screen and puppets and voiced the characters. His personality flourished and people were shocked to see the person who always seemed shy be outgoing and fun-loving in front of a camera. It was the beginning of his animation career.

In 2011, Collin began his education of animation with Exceptional Minds – a Los Angeles based nonprofit Vocational Academy and Professional Digital Arts/Animation Studio. Exceptional Minds specifically trains artists and creators with autism in technical knowledge and work readiness skills required for employment in the entertainment industry. Mentors provide students with support and guidance to curate their ability. Currently, Collin participates in video-chat sessions with an instructor online, but he has made the goal to enroll in the 3-year full-time program once he obtains full independent status (i.e. living independently and pursuing employment). In addition to his education with Exceptional Minds, Collin has learned tools to work towards independence, such as money management and social skills from Ability to Learn.

When he created his first animated video, he recognized the need to improve. Seeing that he could create art digitally made him want to be better. As his technique improved, his goals took form. Collin realized he felt pride in making people feel happy when they watch his videos, and he uses his animation as a way to describe what he feels thankful for. He hopes his videos give viewers the bright side of life and invoke a positive experience when they watch. As he progresses with animation, Collin wishes to educate children with his videos and be a source of entertainment for adults by producing positive and wholesome content.

With animation, his desire to care for others and help them be happy, along with his good-natured personality, Collin will go very far!