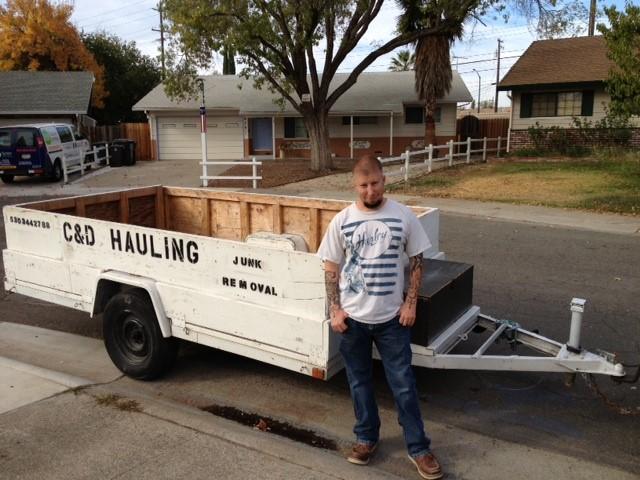 Cale grew up in a supportive, hard-working family and had a dream of starting his own company, just like his grandpa did.  He had watched him grow a small dry cleaning business from one shop to four over the years which influenced Cale in his developing years.

He was diagnosed with an intellectual disability when he started in public school but doesn’t let that prevent him from setting goals for himself.   At the age of 18, Cale got his first truck and started working.  He moved out of his parents’ house and got a place of his own.  He met Pamela, who became his wife in 2006, and together they have three children.

In 2013, Cale opened C & D Hauling.  Cleaning places out and hauling junk away was something that had kept him busy over the years and he found that he really enjoyed doing it; that and helping people.  His customers are those that don’t have a way or time to haul things away.  He tries to donate or reuse what he can as opposed to throwing it away and if he gets clothes, he gives them to homeless people in his community.   His goal is to get his company going well and to be able to support his wife and children.

His family, mom, dad, step-dad, sister and step-brother, along with the fellowship he receives from his church all continue to be a positive support for him and his family.  His hopes for C & D Hauling is to have it succeed, grow and prosper over the years just like his grandpa’s business did!