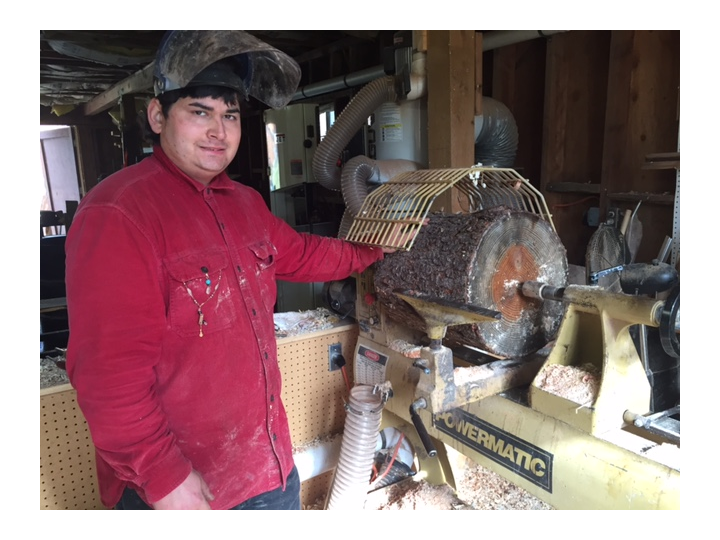 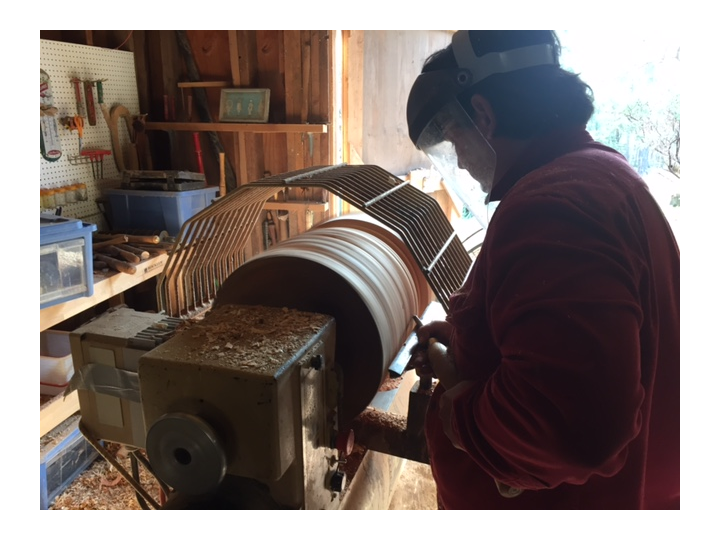 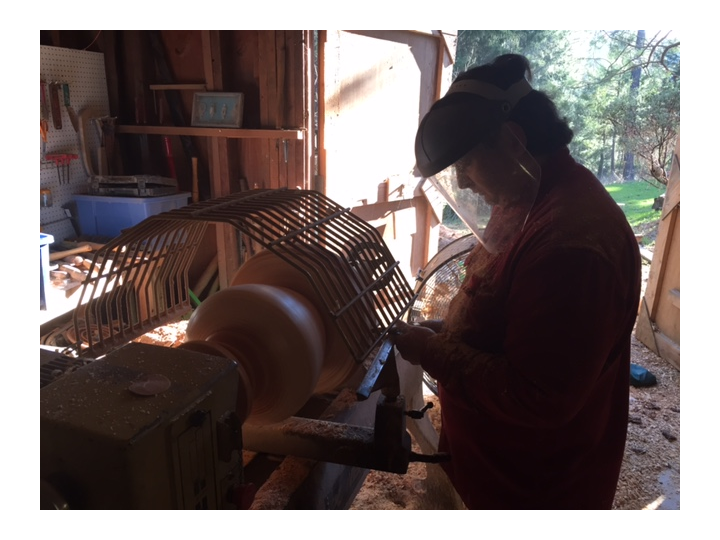 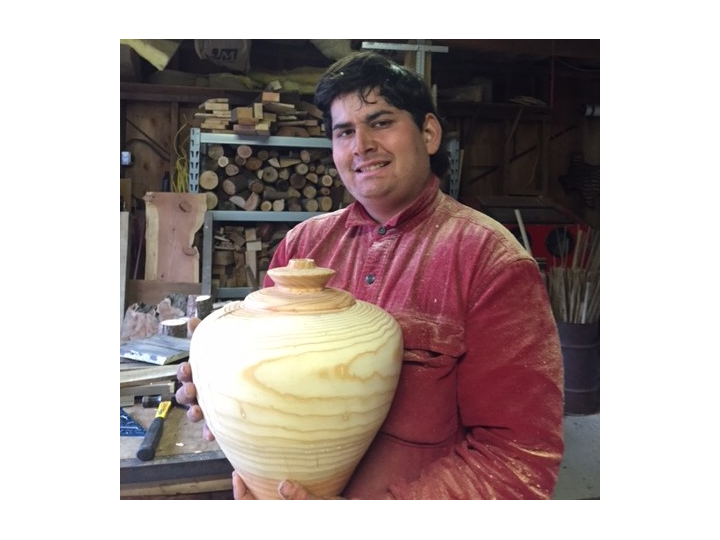 Richard is a 26 year old man that likes things that spin.  In fact, his mom Cathy says he’s obsessed with spinning.  She and her husband have helped to focus their son’s fascination into a skill that has brought him both success and pleasure; he’s a woodturner. It started as a high school student in Texas when, having little success with the school’s effort to develop meaningful activities for him, his mom came up with the idea to provide him with training in a creative way. Richard would hang out in his dad’s shop after school and use a grinder to shape things. She found a local wood worker who taught a class using the lathe, a machine used to rotate a piece of wood while applying different tools to shape the wood, and hired him to work with her son. She wasn’t sure what to expect but as soon as he saw the spinning, he was hooked! She developed a business plan which the school approved and thus began his training on how to use a lathe. Richard received three years of instruction before returning to California.

Today, Richard attends a day program, Opportunity Acres, a working horse ranch in Shingle Springs, and upon returning home every day, he’s in the workshop he shares with his dad. They go out into the woods of their property to collect interesting pieces of wood and he has a vision of what it will be before his dad cuts the tree for him.  He makes bowls, tops, plates and even a snowman for the Alta California Regional Center Holiday Art Show held in December.

The art show, where he attended with staff from Opportunity Acres, provided an opportunity for Richard to show his work and to practice his social skills; something that he struggles with and receives support for from the program.  Woodworking gives him a topic to talk about that he’s passionate about, allowing him to converse with those attending who were interested in his work.

Cathy is pleased that he has woodturning; that he has something in his life that gives him a sense of success every day.  She says she remembers when Richard received the diagnosis of autism and wondered what an adult like him would be like. She remembers being encouraged by stories of others and wants to share Richard’s so other parents can see how a special interest can turn into something great!

Richard’s work can be seen at the Painted Owl in Placerville.